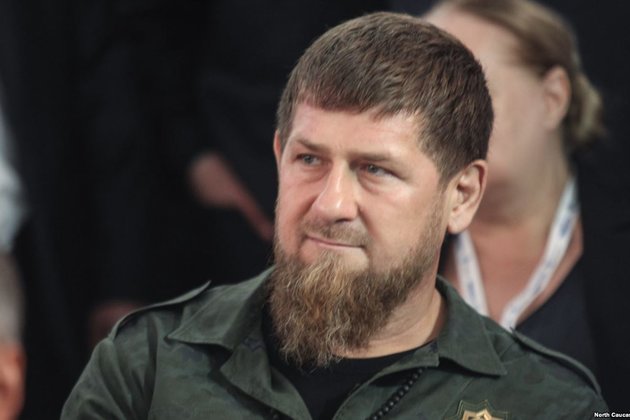 The leader of the Russian North Caucasus region of Chechnya has condemned the behavior of a young Chechen man who appeared in a video assaulting a teenager in a bus.

'He has nothing to do with Chechens and Chechen traditions,' Ramzan Kadyrov wrote on the social network VKontakte on October 11, after the video posted on YouTube the previous day went viral.

Kadyrov also called on the young man to 'immediately' come to the Chechen capital, Grozny, and appear in front of him, adding that he would 'regret' it if he didn't.

Later in the day another video appeared on YouTube in which a young Chechen man with the same voice as in the first clip apologizes for his 'improper behavior.'

In the video posted on October 10, a man is seen throwing an empty can at an ethnic Russian teenager and forcing him to say 'Akhmat is power!' in Russian.

The Russian says, 'Yes, Akhmat is power, that I know, but wouldn't it be good to behave properly?'

It was unclear where and when exactly the incident took place.

Kadyrov wrote that the man had no right to use the slogan 'Akhmat is power!'

It became the Chechen athletes' slogan after Kadyrov renamed Chechnya's Terek soccer team and martial arts clubs after his father, Akhmat Kadyrov, Chechnya's Moscow-backed president who died in a bomb attack at a soccer stadium in 2004.

Interethnic relations between Russians and Chechens are especially tense. Chechnya has been the scene of two devastating post-Soviet separatist wars -- between 1994 to 2001 -- and an Islamist insurgency that spread across much of the North Caucasus.