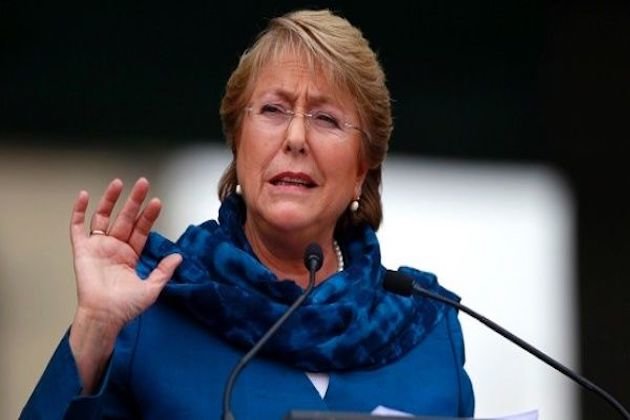 GENEVA, Switzerland - The UN Human Rights High Commissioner and the family of missing journalist Jamal Khashoggi have called for a transparent and impartial investigation into Mr Khashoggi's disappearance.

The children of Khashoggi have gone one step further, in wanting an independent and impartial international commission.

UNHRC High Commissioner Michelle Bachelet on Tuesday urged the Governments of Saudi Arabia and Turkey to reveal everything they know about the disappearance and possible extra-judicial killing of the prominent Saudi journalist after he visited his country's consulate in Istanbul on October 2nd. She also said diplomatic immunity protecting consulate staff and government visitors should be lifted.

Acknowledging the two countries had finally arranged for a search of the Saudi embassy in Istanbul, and the home of the Consul-General, Bachelet urged the authorities of both countries "to ensure that no further obstacles are placed in the way of a prompt, thorough, effective, impartial and transparent investigation."

"In view of the seriousness of the situation surrounding the disappearance of Mr. Khashoggi, I believe the inviolability or immunity of the relevant premises and officials bestowed by treaties such as the 1963 Vienna Convention on Consular Relations should be waived immediately," Bachelet said. "Under international law, both a forced disappearance and an extra-judicial killing are very serious crimes, and immunity should not be used to impede investigations into what happened and who is responsible. Two weeks is a very long time for the probable scene of a crime not to have been subjected to a full forensic investigation."

"Given there seems to be clear evidence that Mr Khashoggi entered the Consulate and has never been seen since, the onus is on the Saudi authorities to reveal what happened to him from that point onwards," the UN Human Rights High Commissioner added.

Bachelet noted that Saudi Arabia and Turkey are both party to the UN Convention against Torture and Other Cruel, Inhuman or Degrading Treatment or Punishment. As such, they are obliged to take all measures to prevent torture, enforced disappearances and other serious human rights violations, to investigate allegations of acts constituting these crimes, and to bring to justice those suspected of committing them.

Speaking to journalists in Geneva amid news reports that details of Mr. Khashoggi's death may surface soon, indicating that it was an accident, UN human rights office spokesperson, Rupert Colville, noted the High Commissioner's belief that "two weeks is a very long time for the probable scene of a crime not to be subject to a forensic investigation".

"The one thing we really know as a solid fact is that Mr. Khashoggi went into the consulate and he…was never seen coming out again," Mr. Colville said, adding that it seemed "very probable" that some crime had been committed.

"Enforced disappearance or murder, if that has occurred, extra-judicial killing, either way, those are very serious crimes," he added. "We all need to know what it was, how it happened and who was responsible and where the evidence leads."

Asked if the investigation underway could become a "whitewash," Colville responded:  "Anyone responsible should be held accountable, and that means anyone, who committed a crime or who was involved in the planning of the crime or executing it. There should be accountability; if it's a serious crime, that's a fundamental principle of law; national law and international law," he said.

Meantime Khashoggi's family also weighed in on the stalemate on Tuesday.

"We are sadly and anxiously following the conflicting news regarding the fate of our father after losing contact with him two weeks ago, when he disappeared after entering the Saudi consulate in Istanbul," they said in a statement published by The Washington Post.

"Our family is traumatized, and yearns to be together during this painful time."

"The strong moral and legal responsibility which our father instilled in us obliges us to call for the establishment of an independent and impartial international commission to inquire into the circumstances of his death," the family statement said.

U.S. President Donald Trump was cautious as to where the case goes next after speaking with Saudi Crown Prince Mohammed bin Salman on Tuesday. A day earlier he had a telephone conversation with King Salman. Both denied any knowledge of what happened to Mr Khashoggi, Mr Trump said.

"I think we have to find out what happened first," he said. "Here we go again with, you know, you're guilty until proven innocent. I don't like that. We just went through that with Justice Kavanaugh and he was innocent all the way as far as I'm concerned," the president said.

Trying to make sense of the Khashoggi affair? Don't.

Arab world comes together in show of solidarity for Saudis

Arab leaders and media say stories about Khashoggi are false

Turkey has proof of Khashoggi's murder inside the consulate

Amid global pressure, Trump asks Saudi: Where is Khashoggi?