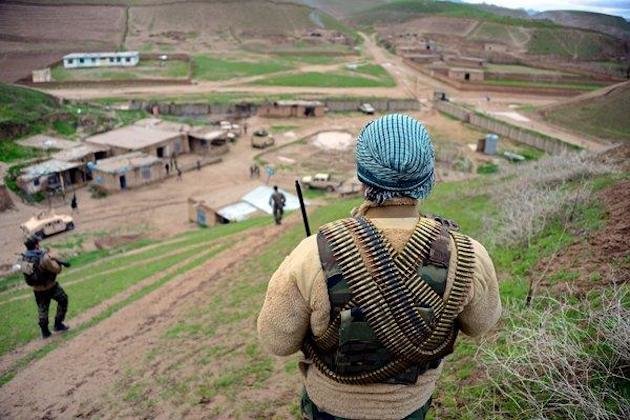 Another 58 Afghan soldiers who had taken refuge in the neighboring Central Asian country after fleeing the insurgent offensive in Bala Murghab have returned home, the Defense Ministry said. It added a search operation was underway in the border district to free the hostages.

The Afghan foreign ministry, in a separate statement, said it "appreciates the warm welcome extended to the citizens of Afghanistan and health care provided to them" by the Turkmenistan government.

The Taliban has kept the hotly contested Afghan district in the Badghis province under pressure for more than two weeks, killing dozens of government forces and reportedly capturing about 200 others.

While many parts and key security outposts are said to have fallen to insurgents, Afghan officials insist government forces are still holding the Bala Murghab district center.

The Taliban on Sunday released pictures on social media of 72 captured Afghan security forces, saying they "surrendered" to the insurgents in the fighting in Bala Murghab. It was not possible to independently verify the claims.

A major Taliban attack a week ago in the district eliminated an entire Afghan National Army company.

The insurgents claim they either control or have a strong presence in a majority of Badghis' six districts. It was not possible to independently verify the insurgents' claims.

The Taliban is ramping up battlefield attacks against Afghan forces ahead of announcing its so-called "spring offensive," due in coming weeks, when hostilities intensify.

Meanwhile, the insurgent group is also engaged in direct talks with the United States to negotiate a political settlement to the 18-year-old war in Afghanistan.

Both sides noted at the end of their last round of discussions on March 12 that they have made significant progress toward ending the war. The dialogue is seeking the withdrawal of U.S.-led foreign forces from Afghanistan in return for Taliban's guarantee to prevent Afghan territory from becoming a hub for international terrorists.