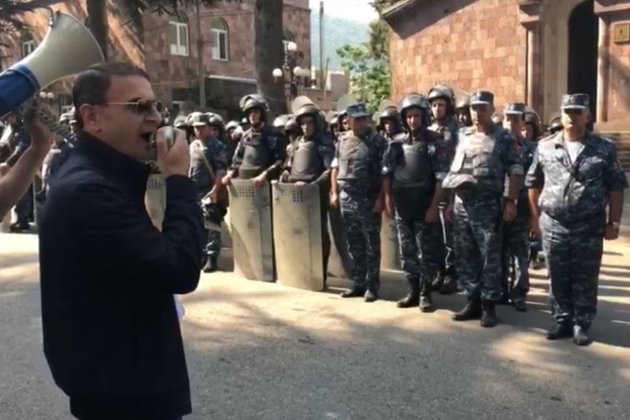 13 Arrested In Armenia After Violent Unrest Over Logging Ban

YEREVAN - Police in Armenia made 13 arrests early on July 18 after clashing overnight with residents of the northern Tavush Province who protested a government logging ban in the area.

Several hundred protesters on the previous day blocked a highway leading into the provincial capital of Ijevan and called on authorities to let them cut and sell wood from nearby forests.

They said logging is their sole source of income.

Riot police used force after the protesters refused to unblock the highway that also heads toward the main Armenian-Georgian border crossing.

Police officers were pelted with stones and hit by sticks during the clashes. Eleven were hospitalized, a spokesman for the Armenian police said.

Traffic through the busy road resumed after police reinforcements arrived.

The national police chief, Valeri Osipian, also rushed to the scene on July 7 and stayed there until the following afternoon.

A spokeswoman for Armenia's Investigative Committee, Naira Harutiunian, said dozens of people were taken for questioning after the clashes. Thirteen of them were placed under arrest on suspicion of hooliganism and for resisting law enforcement authorities, while six others signed written pledges not to leave their places of residence pending investigation, Harutiunian told RFE/RL's Armenian Service.

One of Osipian's deputies, Vartan Movsisian, said the police are now trying to track down and arrest other violent protesters.

Prime Minister Nikol Pashinian condemned the unrest in Ijevan, his hometown, as he chaired a weekly cabinet meeting in Yerevan.

"Those responsible for yesterday's events as well as the organizers of illegal logging must be strictly punished," said Pashinian.

"We will be halting illegal logging in the most resolute manner," said. 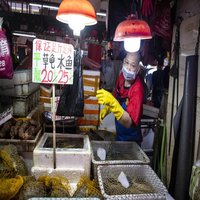 Banning bushmeat could make it harder to stop future pandemics